The juices are rising 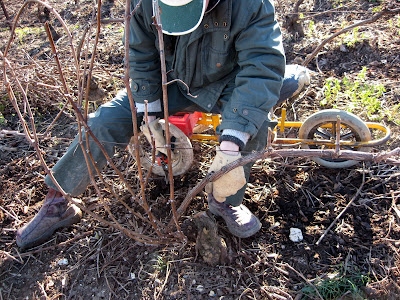 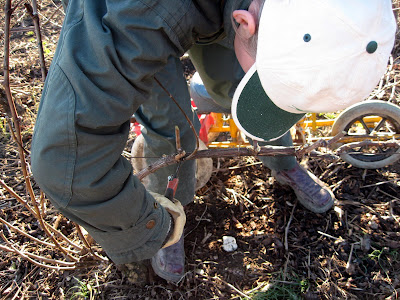 Solveig works with the cordons in Loisy-en-Brie, February 10th.

The vines have begun their annual weapingr. Alain saw the first sap - les pleurs - flow from the very low of the cuts at the bottom of the vines last weekend in Loisy-en-Brie.

This means, taht the vines here and there are finishing the lying dormant of the year. The juice within the plants changes state from the thickened frost protection of the winter to a more liquid juice, that feeds the plants, until new green leaves can take over the job.

Meunier are even rather late. Chardonnay normally develops as the first of the vine varieties. Our vineyards are well exposed for the sun, so it's possible, that they - even for Meunier - are still early.

We have finished the pruning. Ahead is to change destroyed wires, iron posts and to attach all the branches to the wires. 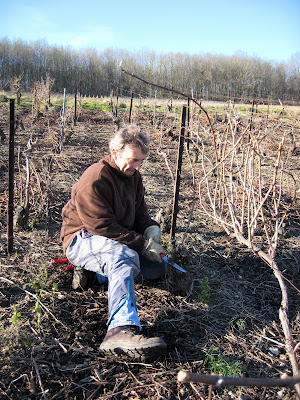 Alain saws as much as he can from the parts of the stumps that don't carry interesting branches any more.
Indsendt af Sol kl. 2:07 PM