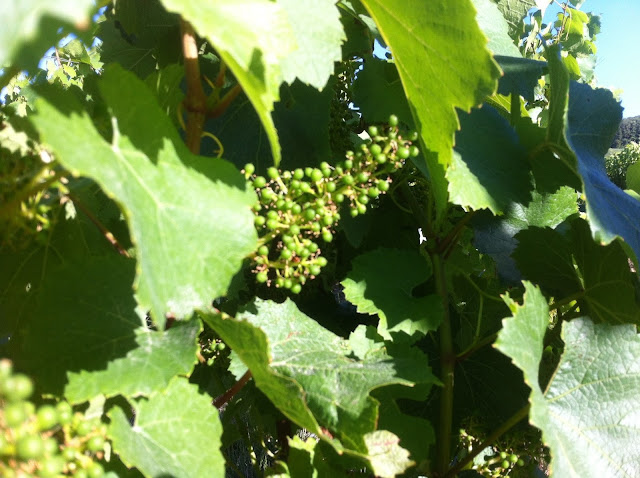 The newly formed clusters as they looked early July in one of our Chardonnay-plots.

According to the Comité Champagne (former CIVC) the new grapes - size of a small pea - are fine so far.

The vines can find the water needed in the chalký underground.

However so does the grass between the vines.

We have been obliged to remove the grass as the vines visibly suffered from the competition.

We remember 2003 as a difficult year. But we may want to taste one of few bottles kept from this vintage to try the way a warm wine ages in Champagne.

This summmer is still young, the heatwave has lasted on week, the grapeharvest only in September. Much can still happen.

Still, why not cool a bottle of 2003 out of curiosity? Which is also why we originally chose to keep a few in the cave.

Email ThisBlogThis!Share to TwitterShare to FacebookShare to Pinterest
Etiketter: 2015, Our vineyards