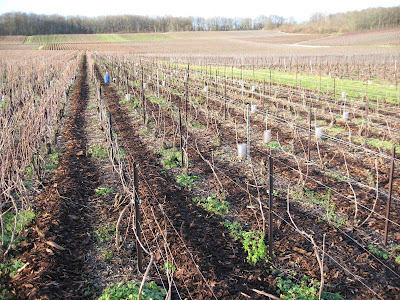 Our pruning has finally begun. Alain has found a guy in Vertus, who is now doing some of the job.

With his girlfriend he has pruned the first Meunier-vines following the 3-9-6 system.