Oak barrels on the rise 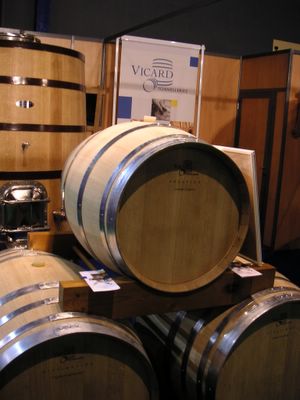 Oak barrels at the Viteff-exhibition in Épernay.

In Champagne it is becoming still more popular to raise wines in oak barrels rather than in the industrial steelvats, that have been much in fashion since the sixties.

Absolute topnames such as Krug and Bollinger have always been known for making their base wines in barrels, but now a younger and more well-educated generation of winemakers follow their footsteps.

More work with barrels
Emmanuel Fourny from Vertus explains to the British daily The Independent, that he produces a small third of his base wines in barrels. This part takes as much time as the two thirds that is made in big steelvats.

The Fourny-champagne from barrel base wines is mainly sold in the US, Japan and Great Britain. And the British market is one of the explanations why you would turn backwards and work in a more old-fashioned and time-consuming way.

Important British taste
Great Britain has always been the biggest export market for the champagne, and very often it has been British taste that has pushed the development of the wine. Just remember how the British were first to enjoy the less sweet champagne - the brut - that is now standard for everyone today.

This is of course why the producers in Champagne will always watch significant changes in the British taste closely. So, if the British want oak and the more subtle aromas this brings to the still wine - notes of vanilla, coco and brioche - let them have it.

From the big, profesionnal Viteff-exhibition, that took place in Épernay between October 19th and 22th the producers of the Vicard-barrels confirm the tendency. Selling oak barrels to champagne producers is on the rise. 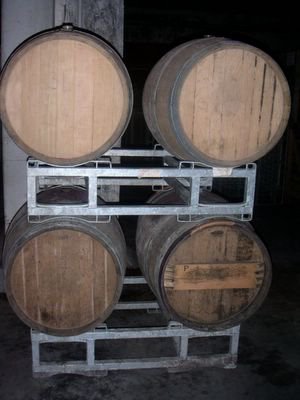