So green the vineyards 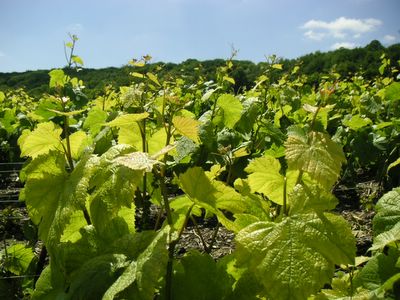 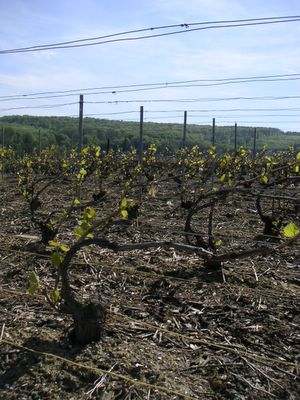 Vines at Verzy early May.

The vines have spurted like crazy since the first leaves began to unfold in late April. What in early May was just the very first leaf and a bit of stem has now developped into one meter long stems with seven leaves on each. Five of the same - big - size, fully grown adults, and two smaller ones, that will grow into full size during the next month.

The grapes are clearly visible. Little, green and hard as stone of course and with a resemblance closer to that of blackberries or raspberries than grapes. But this is a very early stage. Probably during this month the vines will bloom, it will grow even more green material, the grapes will start to grow bigger and only much later - in August - the vine will change the functionality of its inner powerstation and begin to spend the energy supplied by the leaves on the maturation of its fruits rather than growing bigger itself. 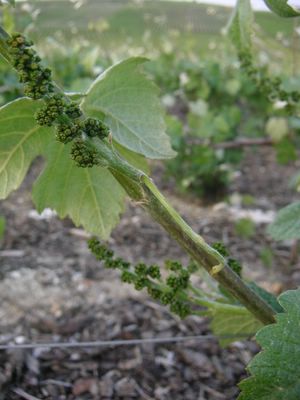 Late unfolding
The tender Pinot Noir-clusters that we see in the vineyards between the Grand Cru-villages Verzy and Verzenay in the Montagne de Reims are already rather big, says Alain. Big and also bigger than our Meunier-clusters on the other side of Vertus in the Côte des Blancs. Maybe because Meunier-vines normally develop a bit later than Pinot Noir. Chardonnay is first, which is evident when you study the average dates of this years débourrement, the day where the first leaf is unfolded on more than half of the vines: