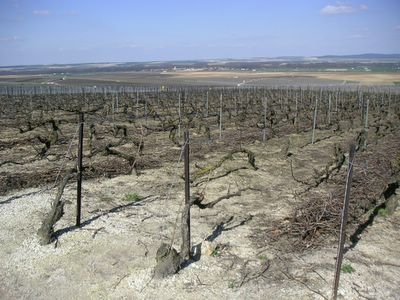 The view from the vineyards of Verzy towards the Vesle-valley.

Each year has its own kind of weather to offer. 2005 was snowy, suddenly turned very warm in Midmarch, and then kept changing between the cold and the warm all the way until the grapeharvest. 2006 so far has mainly shown us coldness. Everybody talks about it, this cold, cold spring. Even butterflies, bees, ladybirds and lots of other insects have been around at least the last month, it is true: The air is cold. The wind is cold. The ground is cold.

The first light of spring came already in February, of sunshinedays - half days or even whole ones - we have had quite a few since March, but now having passed Midapril we still have not really had warm days. That is, temperatures that makes it simple necessity to leave the jackets at home and skip the long sleeves for t-shirts.

Unfolding will follow tears
This is all why the vines grow slowly. Vines use the heat in the ground as its first fuel. When the temperature of the soil beneath the vines passes a certain number of degrees, the sap rises - the tears or les pleurs - which is the juice, that will make the buds, that have been lying dormant since autumn, grow.

And the tears we have seen as we went pruning last month. Since then not much has happened. That is, a lot of work is going on in the vineyards: The attaching is being finished, tractors crash the branches left in the rows, the first chemical treatments of many are performed, new vines are planted. Apart from that not very much.

The buds may bristle a bid more than during the winter. If so, it is so little that it is quite difficult to say whether it is due to real development or just the familiar unreliability of the eye. 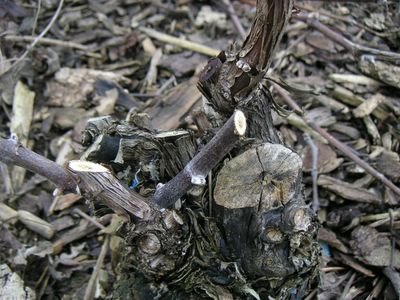 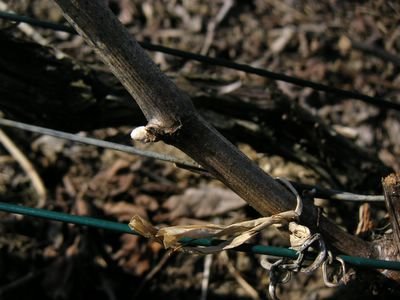 It is a fact, that the buds even last week were still white and completely closed. The first sign of development is, that they swollow. A few days later white downs will push the brown and protective scales of winter aside. Growth is on.

When half of the buds in a vine reaches this point, it is the stage of débourrement - the dictionary calls it "unfolding" and for the sake of understanding adds "of the buds". An interesting event for winegrowers since this is the start of the growth, and because the wine several weeks ahead is directly exposed to one of the unpleasant risks of the year.

Dangerous frost of spring
One night below zero is enough to destroy a smaller or bigger part of your earnings of the year. Since only three percent of the vineyards of northernly Champagne are protected against frost, the rest of the winegrowers must satisfy themselves biting their nails, while they follow the weather channel up-close.

Only in May we expect the risk of frost to be over. Since 2006 so far has been a cold time with cold days, cold nights.