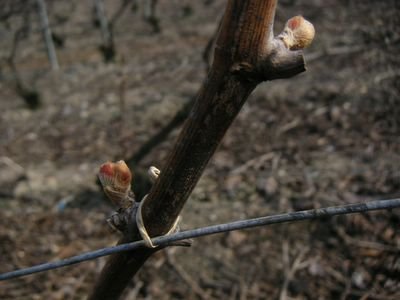 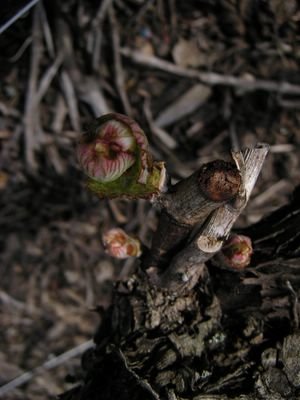 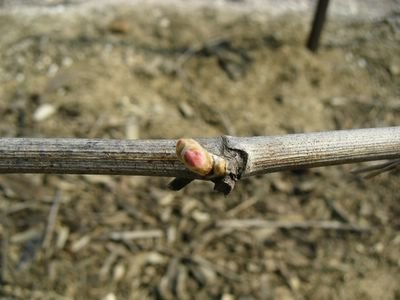 The buds are not completely comparable, since the first one - probably - is a Pinot Noir, the second is Chardonnay and the third one is Meunier. The latter is often planted in places with high risk of late frost (the Marne-valley is a good example), because it unfolds a bit later than the others. Normally Chardonnay is the first one to unfold.

The exposure of course has a role to play as well. But even with all these reservations I still find the differences between the southernly exposed Meunier and the northernly exposed Pinot Noir interesting. The Pinot Noir-bud is just at the point of unfolding the first leave, whilst the Meunier-bud is still rather closed.