First stage in the schoolvine over 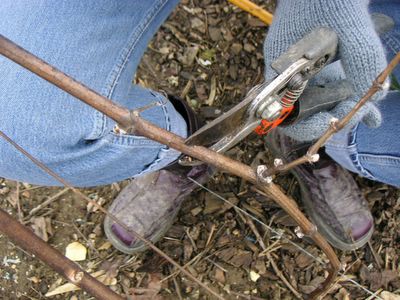 This pruning shears can handle most branches if you hold it correctly... and that, dear reader, is not like this!

The first day in the course on how to prune the vine is over. We are 25 in the group, and our young teacher has spent a great deal of the day to explain - in rather many details - how the final exam will pass off. On top of that the little slips you may fall into, big enough however to send you right out of the game. She sure knows how to motivate.

We are familiar with the dates as well. On March 31st and April lst, in the village of Bisseul, that houses schoolvines as well, we can get the abilities, we are supposed to gain today and the following nine thursdays, tested by a grand jury of three, profesionnels such as teachers, vignerons and staff from the CIVC (Comité Interprofessionnel du Vin de Champagne).

A useful paper
Of course it is not at all necessary to do the test, but why not, urges our prof. The paper is recognized in the area as what you need to work in the vineyards.

And you sure need paper to work there. A guy from the group explains, that he already tried to look for jobs in the vineyards. Even proposed to work for free in order to obtain the experience and knowledge he lacks. Nobody was interested. Since it takes one man to educate another, and why would you educate a stranger for free? 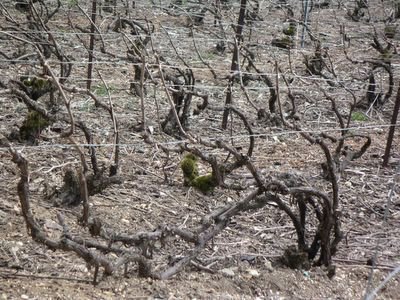 So now he is in school with the rest of us, who are here for different reasons: Unemployment, necessary education before you join the family business and vignerons like Alain, who are here to pick up one or two details.

There is no public presentation of names and background. My ears are almost popping out of my head to try to catchr what each and everyone whispers. Not easy. I will have to do the talking once we are in the vineyards. That is if I have time for it. The pracical part of the pruning does not come easily to me.

The pruning of the vines has several objectives: