First report on vendange is good 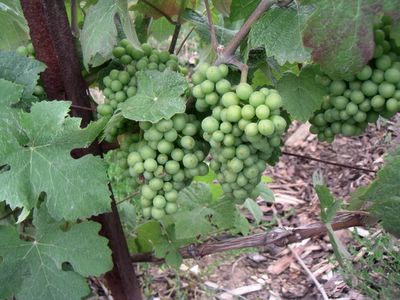 The grapes are pretty. We entirely agree, but it is always great to hear that the authorities in their first, official reports share your humble opinion. After all based on just a few hectares, a tiny drop in the immense sea of wine in this region.

But the CIVC (Comité Interprofessionnel du vin de Champagne), the official speaking tube of the united champagnebusiness, describes the average picture at the moment like this:

The vendange 2004 was so extensive, that even retirees could not think of any other vendange to equal the immense quantities seen. This year the wine carries more moderate amounts of grapes.

So far what will develop into this years crop, has made well.

How deep the threats of the summer - different diseases, pests and hailstorms - will dig into the potential, is still to early to talk about.

According to the CIVC mildew has been seen, but not yet on a level that can not be treated. Also botrytis has been observed. 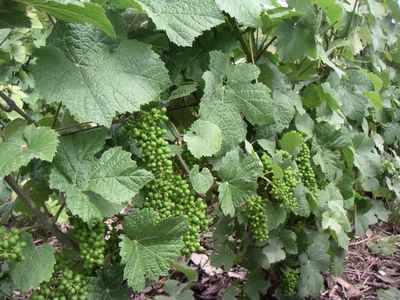 Everything can change
Much - not to say all - can still change. The informations from the CIVC only states, what can be said at the moment. A heatwawe at the same level as in 2003 for instance can speed up the date of the vendange with several weeks in a short while.

This first report from Champagne is different from that from the rest of France. There the winegrowers have started to prepare themselves for another huge harvest.