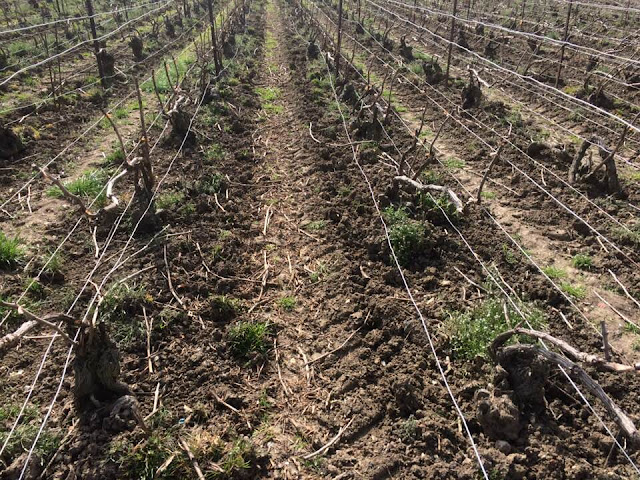 Sunshine, a bit of wind, nice temperatures above 20 degrees Celsious.

Finally, the soils of our vineyards were dry enough to allow the good old veteran to be back in business. And draw some lines. 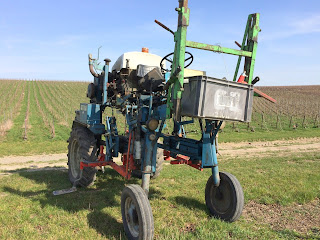 Wet soils
Our enjambeur (special tractor for the width of Champagne vineyards) is an old model, a veteran basically, and not very powerful.

Thus it takes certain conditions for it to manouevre well in the vineyards.

And until now, the soils were simply too wet. 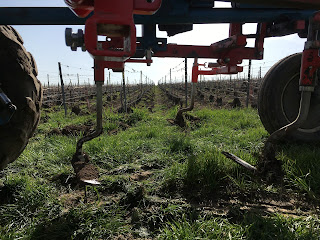 (Remember talks of floodings in Northern France this winter? It's drying out but only now several months after).

Precision work
The ploughing tools of the machine work between the vines in the line as well as on the side of the line of vines.

This removes whatever grows naturally in the plot. Leaving the vines with all the good stuff and little competition.

The task demands quite some concentration of the driver in order not to destroy the vines and the different sets of wires.

Now and later
This far, Alain managed to deal with almost half of our three hectares this sunny weekend.

Only in the first part of the lines - both ends - the enjambeur does a mediocre job. To finish off nicely, we follow up with manual tools as well.

Later, we'll live with much more plants as it's simply impossible to keep them away.

However, we don't want anything to climb in the vines like the bindweeds for instance.

Between the vines, we leave whatever grows naturally. It protects against erosion.

However, in years of drought, these growths also compete with the vines for minerals and water. Sometimes we remove them too.

For the time being it's left. And we move on to the next part. 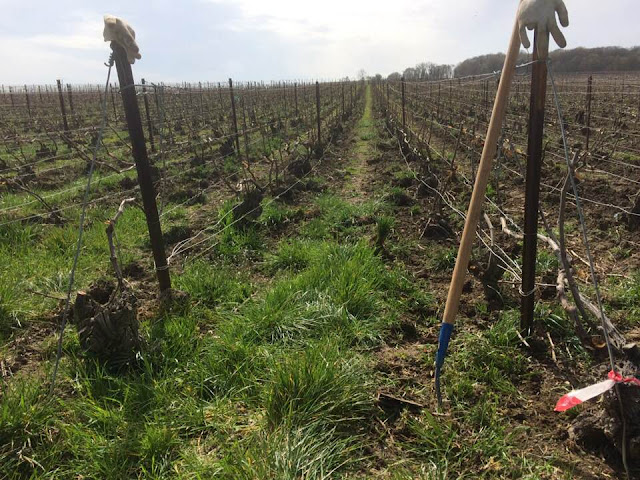 Email ThisBlogThis!Share to TwitterShare to FacebookShare to Pinterest
Etiketter: 2018, Our vineyards, Sustainability